Having endured 105 days of attacks, hunger, disease and death, the inhabitants of Londonderry celebrated the ending of the longest siege in British military history.

The crimson flag flies and the bells ring from St Columb’s Cathedral, as requested by Colonel Mitchelburne. Although the original cannon on the walls are no longer in working order, a cannon is still fired on the walls. And just like in 1690 a parade around the City celebrates the end of the siege. Perhaps the most important part of the day’s celebrations is a service of thanksgiving in St Columb’s Cathedral, which played such an important role in the lives of the besieged. 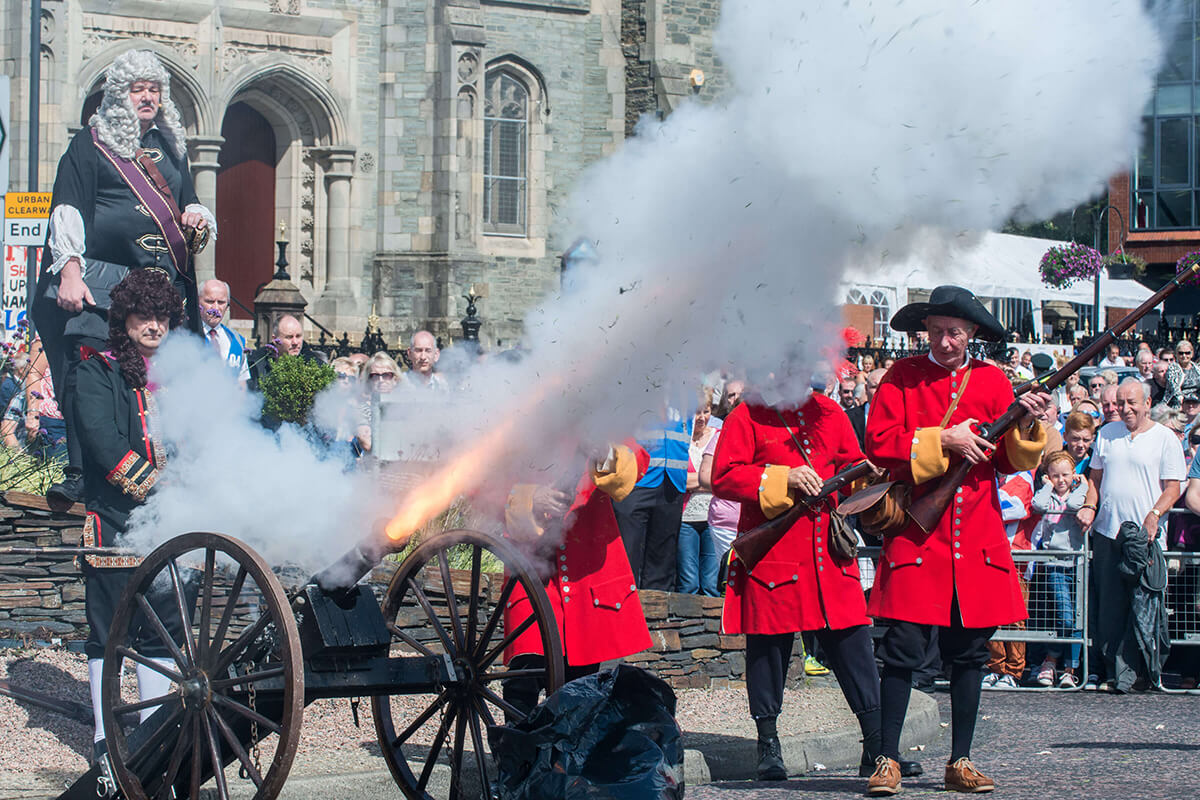 Although parade routes have changed over the years, the day follows a similar pattern each year now. The traditional celebrations are now held annually on the second Saturday in August. The celebrations begin at midnight with the firing of a cannon on the city walls.

The parade around the city begins at 9.30am with the eight Parent Clubs parading around the walls before walking to the cathedral. As the parade passes the War Memorial in the Diamond, a wreath is laid in remembrance of our fallen brethren and all those who have paid the ultimate sacrifice in defence of civil and religious freedom. At 10.30am the service of Thanksgiving begins in St Columb’s Cathedral.

The main parade around the city begins at 12.30pm at Craigavon bridge, led by the General Committee of the Apprentice Boys, followed by the Parent Clubs with each of their Branch Clubs from across the UK. The parade passes through the City Centre before returning to across the bridge and up to Irish Street and back down to finish at Bond Street.

The day’s events end with the eight parent clubs returning to within the city walls, finishing at the Memorial Hall. 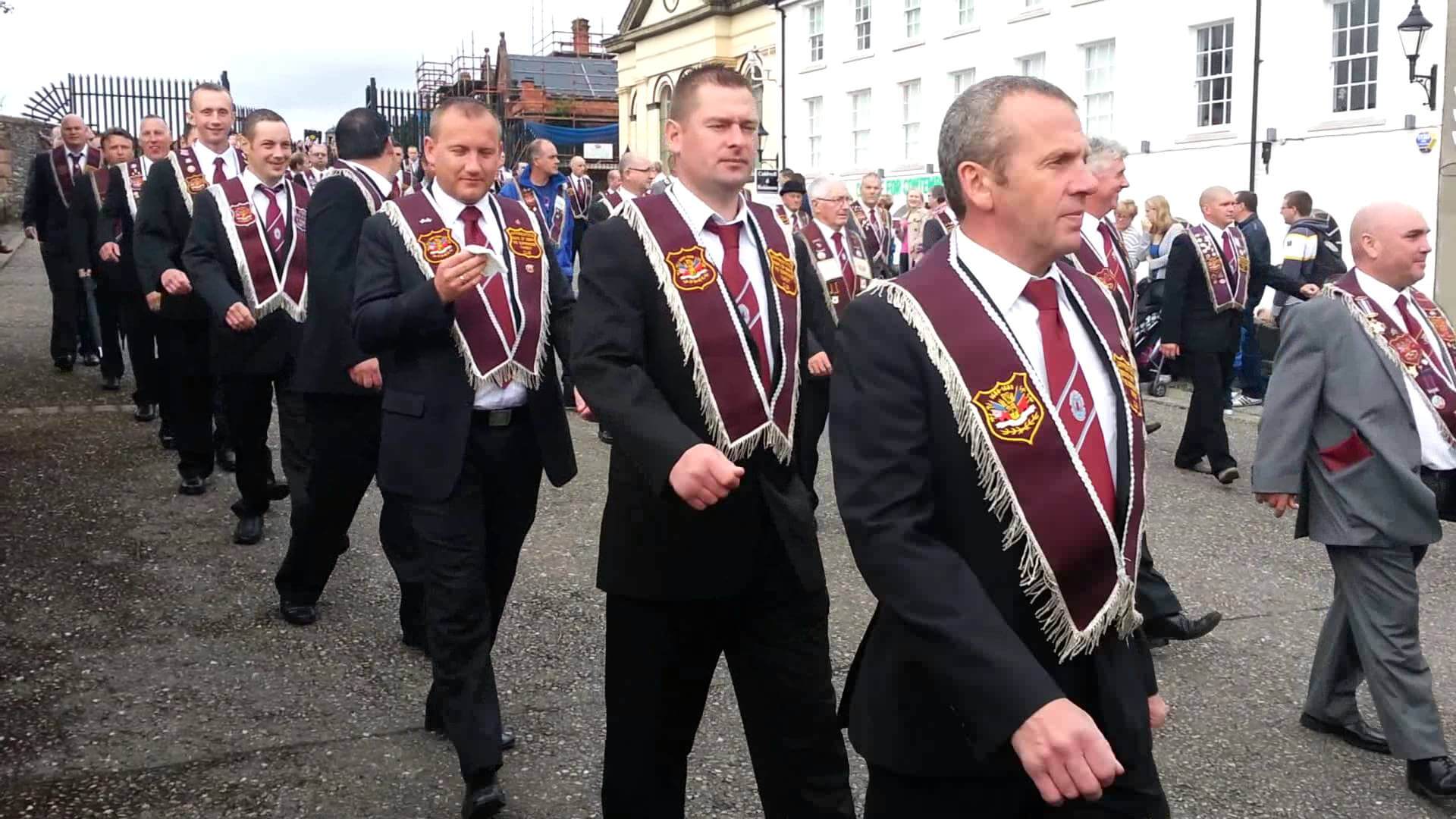 The celebrations begin at midnight on the morning of the second Saturday in August, with the firing of cannon on the Walls. The cannon is fired each year by members of the organising Parent Club with the assistance of a “cannon crew” from the Crimson Players.

The following morning, at 9.30am, the eight Parent Clubs parade in order around the Walls, accompanied by their bands with General Committee and their band at the head of the parade.

10.30am: Service of Thanksgiving

One of the main events of the day is the service of thanksgiving in St. Columb’s Cathedral, at 10.30am. The service is open to everyone; all Brethren, band members and members of the public are welcome to attend.

The main parade of the day sees every Club parading around the City. One of the biggest parades in Northern Ireland, it sees approximately 10,000 Apprentice Boys accompanied by over 100 bands take to the streets of our City.

The finale to the commemorations is the parade by the Parent Clubs and General Committee returning the colours to the Memorial Hall. The parade commences at May Street and makes its way via Clooney Terrace and Spencer Road to Craigavon Bridge. Across the bridge the parade goes up Carlisle Road and back into the Walled City through Ferryquay Gate, onto Ferryquay Street. Finally around the Diamond and up Bishop Street before turning onto Palace Street and Society Street. The parade concludes with General Committee’s band playing “Derry’s Walls” followed by the National Anthem.