Often referred to as “Lundy’s Day”, each year on the first Saturday in December, the Apprentice Boys of Derry celebrate the stand taken by the thirteen apprentices who shut the gates: the “Brave Thirteen”

Following the arrival of King William III in England, there had been widespread alarm among Protestants in Ireland that they would be subjected to a widespread massacre. While the citizens of Londonderry were agitated by these reports, news came that a regiment of Roman Catholics were on their way to to the city.

When the army arrived on the 7th December (old calendar), the city’s leaders were still debating what to do. Thirteen young apprentices took the initiative and shut the gates in the faces of the approaching army. Their actions were the spark which led to the 1689 Siege of Londonderry,

Today we remember their actions in our annual Shutting of the Gates commemorations on the first Saturday in December each year.

The Celebrations start with the symbolic firing of a cannon on the city’s historic walls at midnight. 13 members of a Parent Club will then make their way to each of the four original City gates, as the 13 apprentices did in 1688.

The main celebrations begin later on Saturday with the visiting Branch Clubs and bands parading from the Waterside to the Apprentice Boys Memorial Hall. The main parade then makes its way from Society Street around the City Centre to a service of thanksgiving in St Columb’s Cathedral. Following the service, the parade makes its way back to Bishop Street for the traditional burning of Lundy the Traitor. 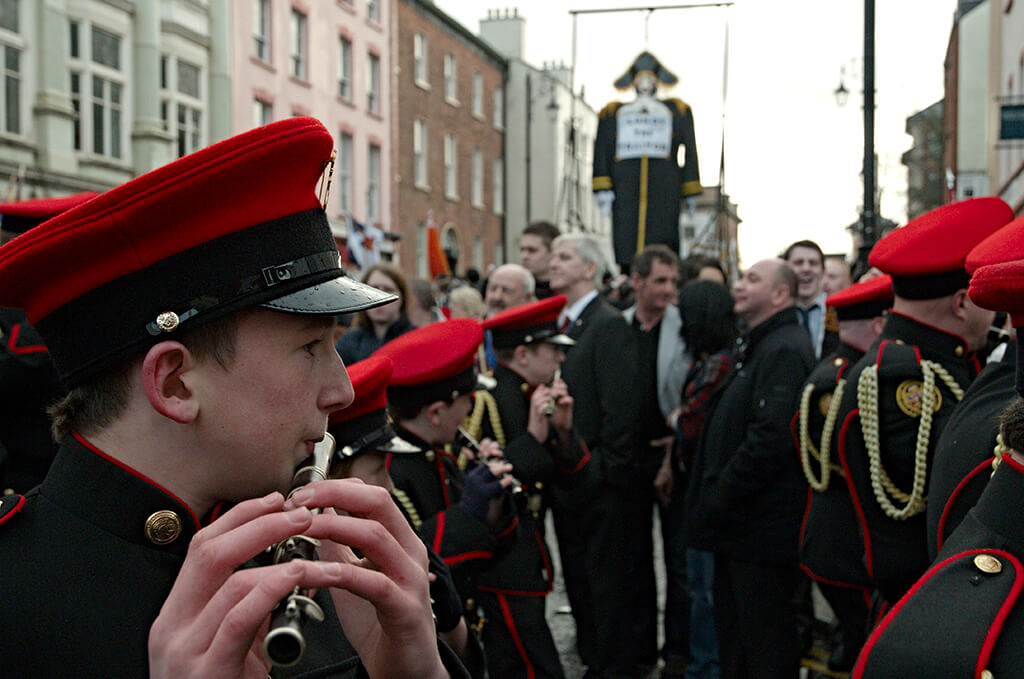 The Shutting of the Gates commemorations are a much smaller event than the Relief Celebrations, with most of the day’s activities taking place within the historic City Walls.

The events as always are centred around a service of thanksgiving in St Columb’s Cathedral with the traditional burning of Lundy the Traitor bringing the commemorations to a close. 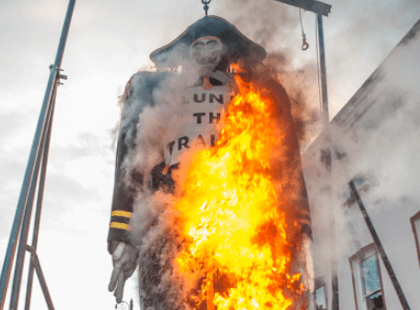 As with the Relief Celebrations in August, the day’s proceedings cannot begin untill General Committee officially open their meeting.

1.15pm: Parade to the Cathedral

The Service of Thanksgiving in St. Columb’s Cathedral is the focal point of the day. At the conclusion of the service a wreath will be laid by the officers of the host Parent Club and at the Siege Heroes Mound  in the  cathedral grounds.

With all Brethren and bands gathered in Bishop Street, the Effigy of Lundy the Traitor will be lit by a selected member(s) of the host Apprentice Boys Club.